Joy unspeakable, profound thankfulness and renewed hope were some of the emotions witnessed amidst the 22-families, as they received the house keys from SEESHA’s Founder Dr. Paul Dhinakaran at an event held at Thopaditheru-Alangudi on July 20th 2019, to mark the completion of first phase of SEESHA’s Rs. 3.5 crores Gaja rehabilitation project. Mrs. Evangeline Paul Dhinakaran presented household utensils for all the 22 families to assist them in making a fresh start to their lives. Bro. Samuel Paul Dhinakaran, Dr. Shilpa Samuel Dhinakaran & Ms. Stella Ramola also participated in the event and planted saplings in front of the new houses.

As part of its rehabilitation support assured by Dr. Paul Dhinakaran during his visit to the Gaja cyclone-hit communities in November 2018, SEESHA has been involved in the construction of 100 free permanent concrete houses and facilitating basic amenities such as drinking water and sanitation, at three hamlets from Nagapattinam district.

During the first phase of Rehabilitation support at Thopaditheru hamlet, apart from building the 22-permanent concrete houses, SEESHA has installed bore-well and water storage facilities for the villagers’ daily usage, by conducting geo-physical survey to detect water table and did potability tests to facilitate safe water supply for the hamlet. SEESHA has also laid concrete roads with L.E.D streetlights. 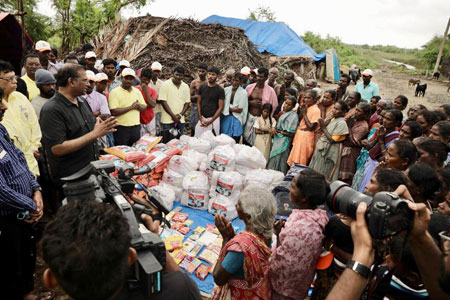 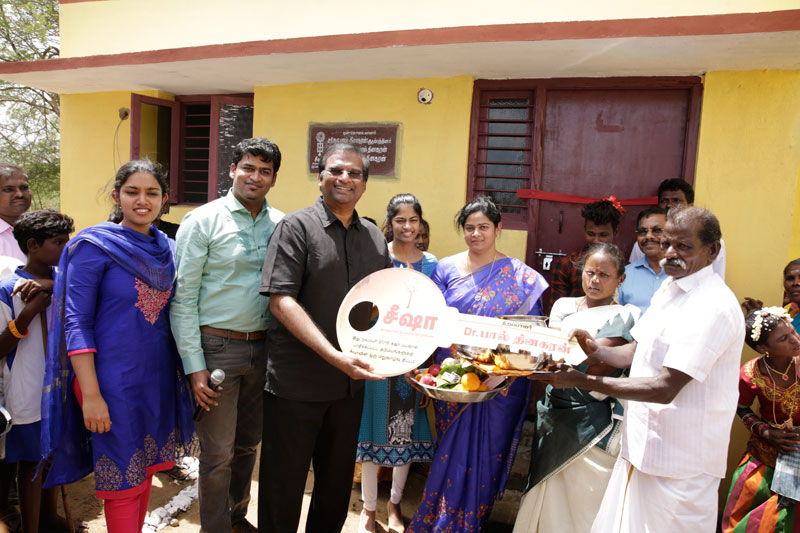 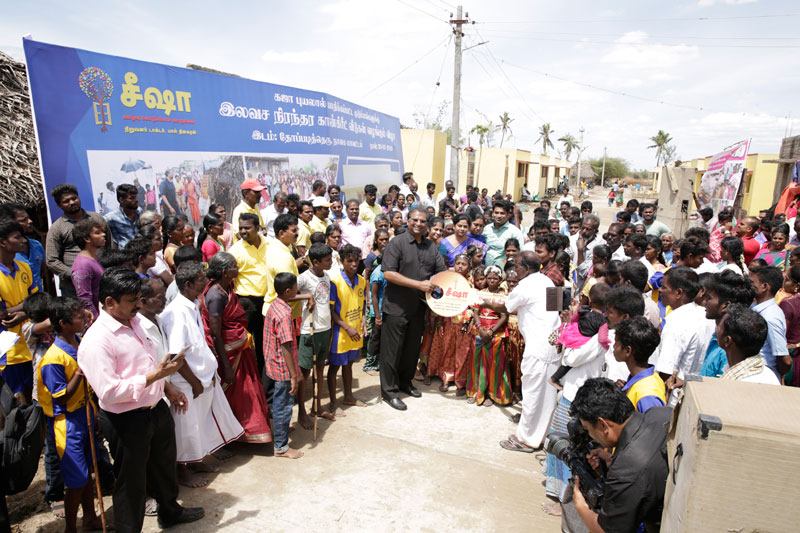 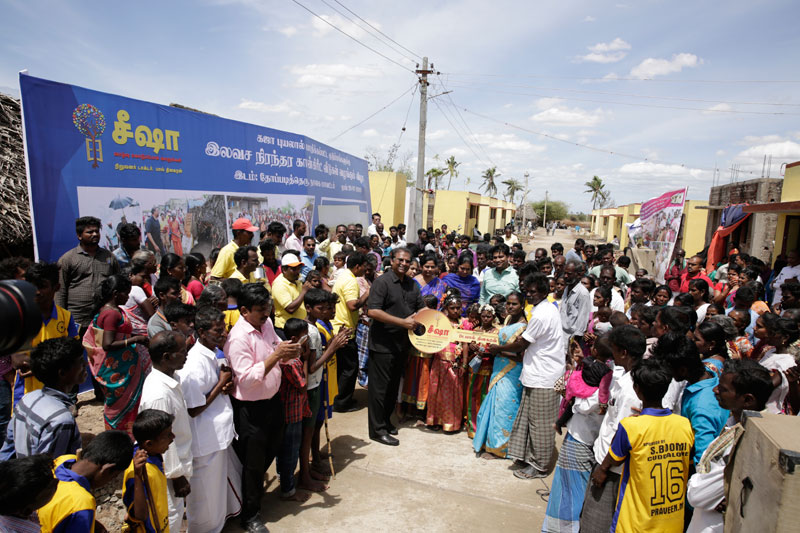 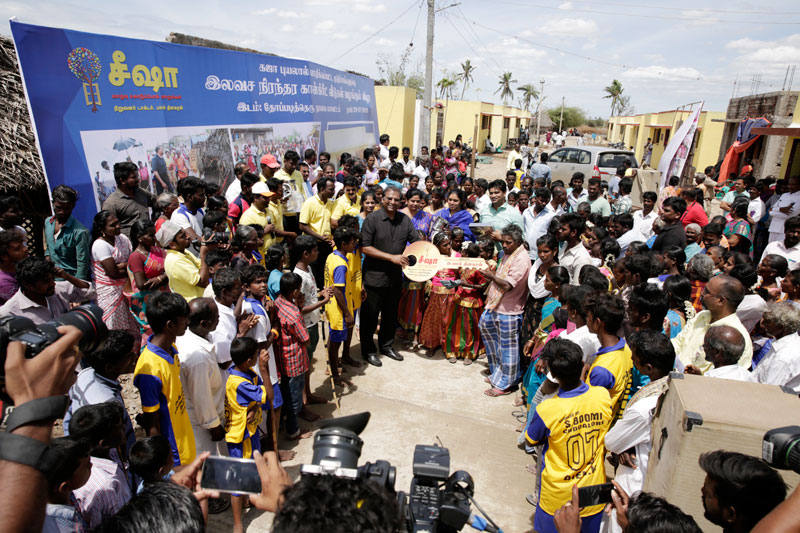 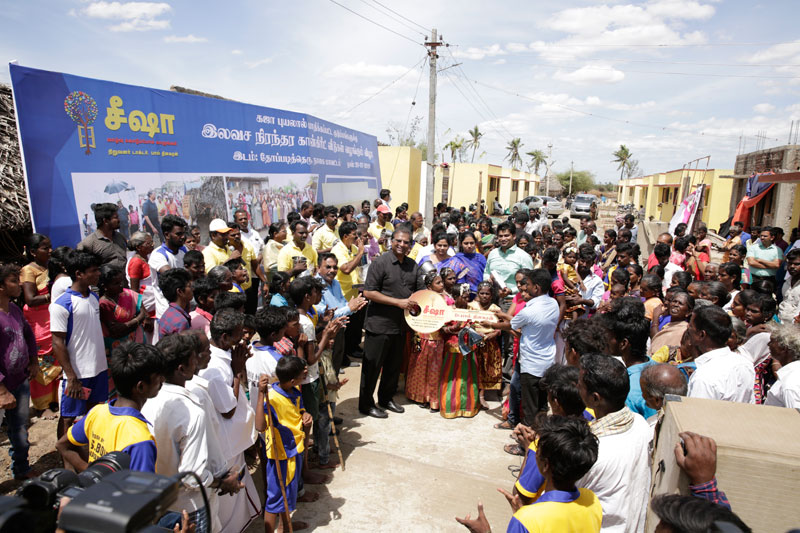 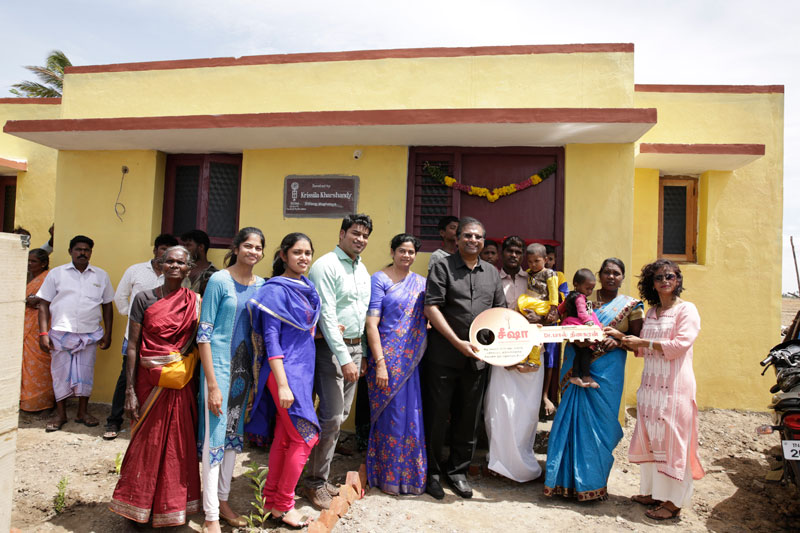 As we continue to build the remaining 78 houses, you could be part of this mission to bring hope to the underprivileged people and restore their livelihoods.